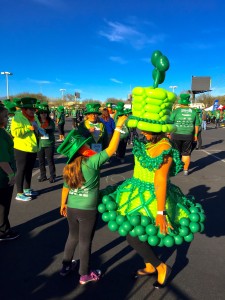 This year’s Lepre-Con event put on by St. Baldrick’s Foundation was nothing short of a huge success! Not only did the event manage to raise funds for a great cause (childhood cancer research), but it also set the Guinness World Record for the largest gathering of leprechauns! With 1,466 participants gathered in Town Square Las Vegas, Lepre-Con 2016 broke the previous record of 1,263 participants that was set in Ireland in 2012! Creating balloon art for an event set up to support such an important cause is always fulfilling, and participating in the day’s events was great fun! 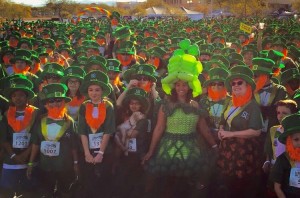 The St. Baldrick’s Foundation is a predominantly volunteer-powered charity that is dedicated to funding childhood cancer research as well as working to ensure that children have the happy childhoods that they deserve as well as long, healthy lives ahead of them. So behind all the fun activities of the Lepre-Con event, there was a truly meaningful purpose and idea; all the participants were reminded of this right at the beginning of the event when Hallie Driscoll, aged nine, showed solidarity with her sister, who is fighting brain cancer, by shaving her head. This display really brought the message home to all the friends and families at the event. 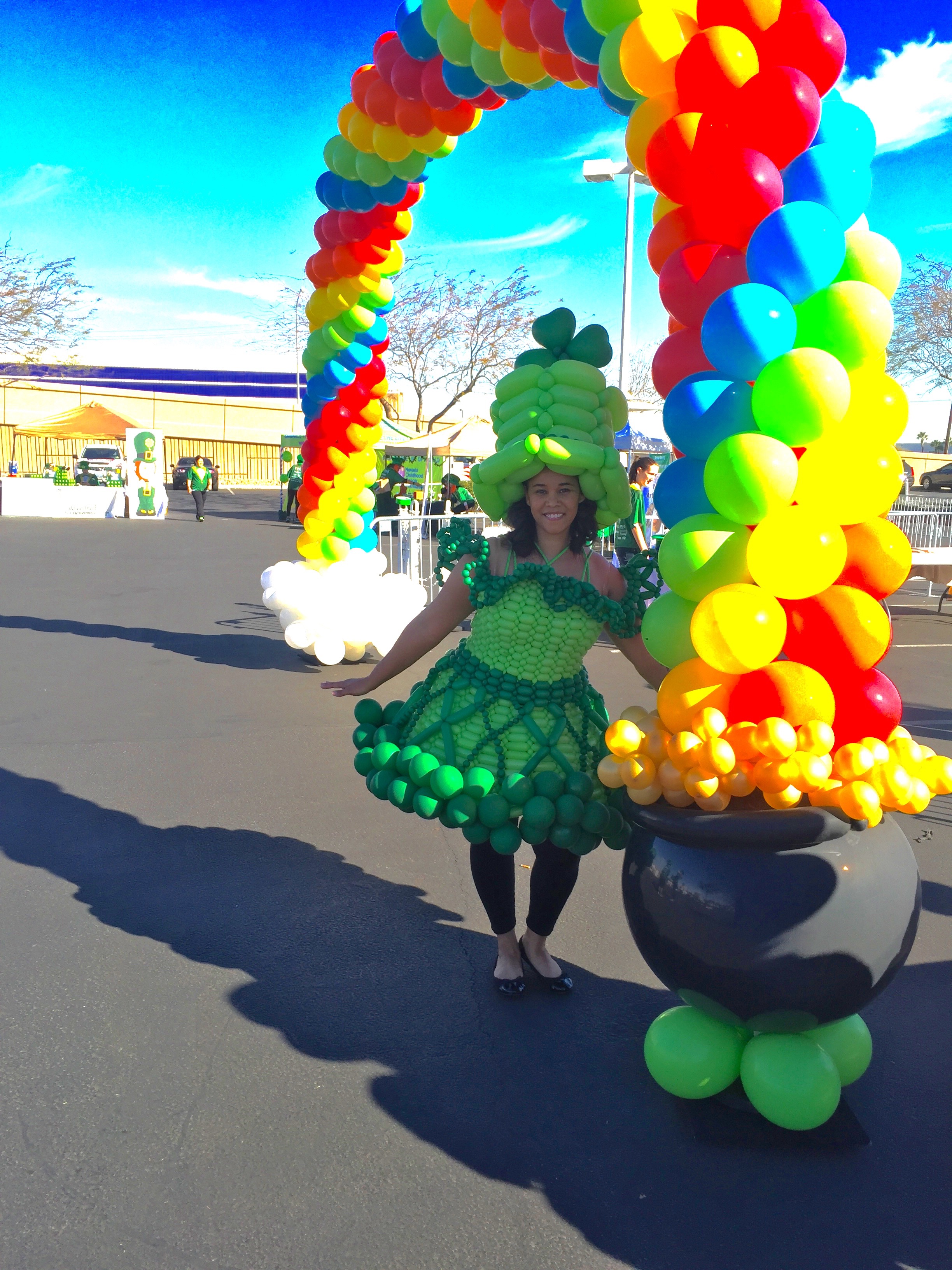 The first piece I worked on for the event was a leprechaun balloon dress that was worn by Veronica Garr, a local singer who did a fantastic job of bringing the dress to life! For anyone who may be unfamiliar with Irish folklore, a leprechaun is a type of faerie that makes frequent appearances in Irish mythology. Leprechauns are always depicted in green attire, so naturally, green was the color of choice for this balloon dress! I used a combination of light, lime green and deep, clover green balloons to create both the dress and its accompanying signature leprechaun hat! 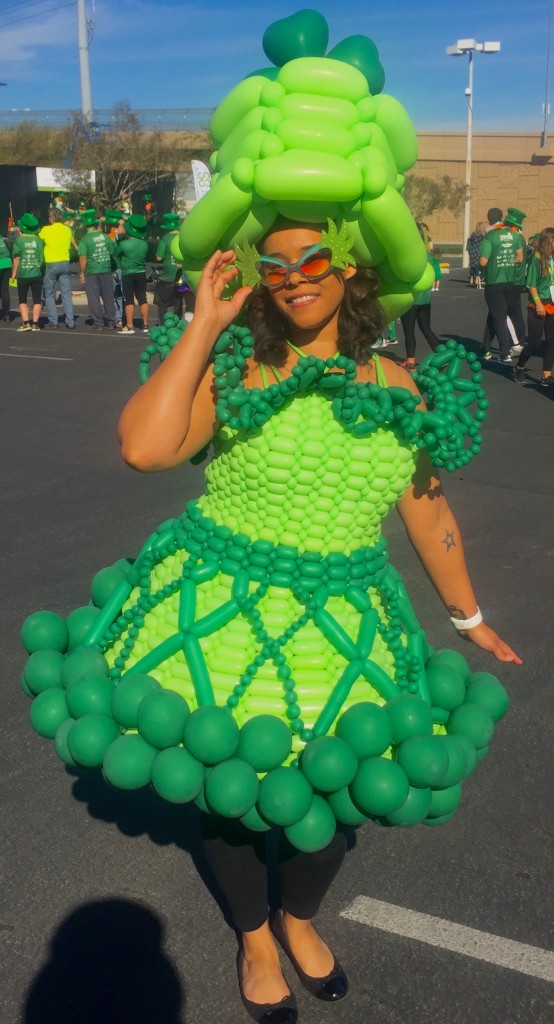 The second piece I created was a balloon rainbow arch. One of the most popular beliefs about these mystical faeries is that they’re incredibly wealthy and that they hide their pots of gold in secret locations at the end of a rainbow! The rainbow arch was not only inspired by leprechaun mythology, but also by rainbows in general, and what they are often seen to represent. Rainbows are typically used to symbolize promise, hope and enlightenment, which I felt were all appropriate symbols, given the purpose of the event.

A Fun Event With A Very Important Purpose And Message 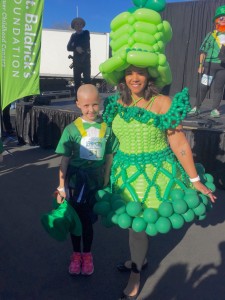 The event was jam-packed with fun activities for both kids and adults (a 5k run/walk, etc.), as well as spectacular performances from leprechauns who hula-hooped, walked on stilts and performed acrobatic tricks. Several bands, including the Black Donnellys put on musical performances, and of course, true to the event’s theme, the crowd was treated to an amazing Irish jig! Even though it was filled with so many fun activities, there was a real sense throughout the event that the real message and purpose behind it was never forgotten – I venture to say that this made it an even more fulfilling event that all the participants, myself included, were exceptionally proud to take part in!